I wrestled with the idea of returning to blogging. It's been two years since my last post. I decided to keep some things close, and honestly, my focus was elsewhere.

This blog has unexpectedly found a unique audience of mostly women who are living out some terribly unfortunate side effects of using the Mirena IUD. I never imagined that was where this blog was headed when I started it with a simple reason to believe in January of 2012.

Nearly four years after that original post, I still have a reason to believe. Lots of them, actually. Two weeks from today, I'll have my other hip replaced. I've been putting it off for several years. Surgery is never convenient, but I know it's time.

I truly can't remember what it's like to wake up without pain, to walk without a limp or to even sit "indian style." But I want, so badly, to remember what life felt like before all of this began.

I don't want to re-hash the full story, but four years ago my life changed forever when I was diagnosed with Avascular Necrosis (bone death due to blood clotting) in both hips and shoulders. Four consecutive surgeries repaired my shoulders and replaced one hip. I was too exhausted after all of that to have the other hip replaced. I really hoped my right hip would repair itself despite my doctor telling me that wouldn't be the case. As it turns out, he was right. 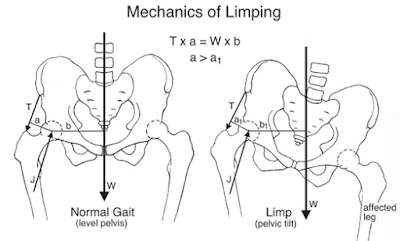 It's progressively gotten worse with time. My right hip is beginning to collapse and once again -- I find myself crooked.

The surgery nerves are definitely starting to set in, but I'm feeling mostly optimistic about it. I've done this before so I have a better idea of what to expect. I know that hip replacements work wonders, because one half of me is strong and the other half of me is not. The hardest part, as always, are in those still, helpless moments after surgery. But I know I have to go through those moments to get to where I want to be.

In the past, it has helped to set some goals for myself. After my last set of surgeries, I completed a 5K. I know that isn't much to some people, but when I set that goal, it seemed impossible. But I did it.

This time around the thing I'm most looking forward to is less pain, more mobility and more strength overall. My new goal is to take an adult ballet barre class at my daughter's dance studio once I've recovered enough. I can't put a time stamp on it just yet, but I hope to make it happen before the year comes to an end.

In the last year, my daughter decided to hang up her pom poms to focus on dance. Watching her dance has really inspired me. I would never expect to be a good [or even a mediocre] dancer — that's not my goal. But I often admire her movement and strength. Her dancing reminds me of what life probably felt like before Avascular Necrosis. And it's just beautiful. Not even because her dancing is beautiful or because she's beautifully happy when she's doing it -- but because she moves so freely and that is a beautiful thing.

Unfortunately, my two youngest children were just a toddler and a baby when this began. They never really knew me as the physically strong, balanced, pain-free mom that I always thought I would be. My teenager knew that mom, but I'm sure that recent years have faded out that version of me in the same way that my own memory has.

I know that things will never be the same, but I'm attempting to remove as many obstacles as possible. And for now, that obstacle is a very damaged right hip.