Workin' It, Ownin' It

I've finally decided to own up to my blood tests. Several months ago, my rheumatologist told me that I have (or will have) Sjogren's Syndrome, a chronic autoimmune disease in which people’s white blood cells attack their moisture-producing glands.

Although the hallmark symptoms are dry eyes and dry mouth, Sjögren’s may also cause dysfunction of other organs such as the kidneys, gastrointestinal system, blood vessels, lungs, liver, pancreas, and the central nervous system. Patients may also experience extreme fatigue and joint pain and have a higher risk of developing lymphoma.

When my doctor explained the disease, he mentioned the dryness effect. Dry eyes and mouth ... I couldn't recall ever having those symptoms. But after connecting with others who live with Sjogren's, I've learned there really is much more to it than that. 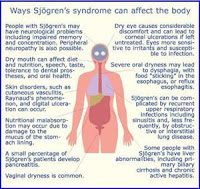 I don't mean to seem like a hypochondriac, but all of these things make sense now. I also want to add that these symptoms have become new to me this year. I don't know if Sjogren's was brought on by the silcone in Mirena, or if it was something I was destined for. But I do know that these problems are new to me. I have also read that "silicone poisoning" causes Sjogren's Syndrome.

Since symptoms of Sjögren’s mimic other conditions and diseases, Sjögren’s can often be overlooked or misdiagnosed. On average, it takes nearly seven years to receive a diagnosis of Sjögren’s. 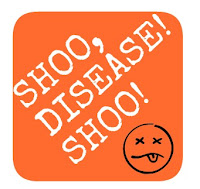 My original tests (in March) also indicated a clotting disorder. But with my tests from last week, those levels had come down significantly. That was a good thing, but it also makes me wonder what caused the clotting in the first place (hmmmm). I might go to see a hematologist just to completely rule out a clotting disorder.

I guess what all this rambling sums up to is that I probably do have Sjogren's Syndrome. And until the blood tests reveal that I don't, I'm going to "work it" and "own it."

I plan to start taking Plaquenil, which is what my doctor suggested to slow the progression of Sjogren's. Since using Mirena, I've been picky about any prescriptions, and I pay closer attention to side effects. I was nervous about Plaquenil because it's main side effect is vision impairment. I happen to have 20/20 vision and that is not something I want to forfeit. But other Plaquenil users say this hasn't been a problem for them, so if it'll save the rest of my body, I'm willing to give it a shot.

Another interesting tidbit: Sjogren's Syndrome is what forced Venus Williams out of the U.S. Open last year (http://abcnews.go.com/Health/w_MindBodyNews/venus-williams-sjogrens-syndrome/story?id=14426884#.UBhluHCxpsM)