Mirena Lawsuits Piling Up? What's Next?

In a past post [Mirena: Writings on the Wall], I mentioned that distribution of Norplant ended in 2002 after it resulted in more than 50,000 lawsuits, including 70 class actions.

Basically, there was nothing left to profit after lawsuits took a huge chunk of it.

Norplant I and II used the same active ingredient [Levonorgestrel/LNG]. With Norplant I, the LNG was released by way of six silicone rods that were implanted into the arm. The difference with Norplant II [Jadelle] is that it used two larger rods and it was introduced by a new manufacturer [Bayer]. 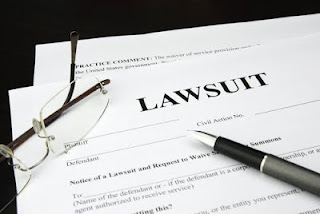 But Norplant II was never promoted in the U.S.

That would be too ... obvious.

Instead of Norplant III, we get Mirena IUD. No one would ever suspect a thing. Especially since it's an IUD. That's got to be different, right? Certainly it won't affect as many women because it's going to be in the cervix instead of the arm. Profits would get a new kick start ... well, at least until the lawsuits catch up to it.

And when it comes to Mirena IUD, I believe that the lawsuits will catch up to it. Here's an article that provides some interesting information on the subject: [The Mirena IUD is Becoming More Popular - and the Lawsuits are Piling Up - http://www.pop.org/content/mirena-iud-becoming-more-popular-and-lawsuits-are-piling]

In fact, just a couple of weeks ago, I was surprised to find my own story shared on a Mirena lawsuit page for a law firm: [http://www.pulaskilawfirm.com/blog/2012/11/08/missing-iuds-and-perforated-uteruses-mirena-iud/]

For the record, I have not pursued any legal action. I'm not exactly sure why.

Like Norplant, Mirena IUD is also made of silicone. And it also releases LNG.

Here is a very interesting read about the affects that Norplant had on women, and why citizens petitioned for it to be taken off the market: http://pop.org/content/norplant-background-a-pri-petition-888

It states that: "... Between February 1991 and December 1993 the FDA received 5,800 reports of adverse health events involving Norplant use through its Medwatch Reporting System. These events included pseudo tumor cerebri (39 cases), hospitalizations because of infections and difficulties with removal (24 cases), strokes (15 cases), and thrombocytopenia (6 cases - 1 death), among others."

The stories listed are horrifying.


Here are a few post-Norplant experiences from women in Bangladesh:
- "My limbs felt like collapsing, as if they were being wrenched apart. I couldn't work or eat even. I had to lie in bed for 3 months. I couldn't do anything ... "
- "Suddenly [after having Norplant inserted] my body became weak, quite suddenly. I couldn't get up, couldn't take care of my children, couldn't cook. I was bedridden"
- "In 6 months [I went to the clinic] about 12 times. Yes, about 12 times. I went to the clinic and pleaded I'm having so many problems. I'm confined to bed most of the time. Please remove it [Norplant ]' My health broke down completely. I was reduced to skin and bone."
The petition stated that Norplant had:

An article I shared earlier about the increase in Mirena lawsuits concludes with this:

"Bayer is probably already settling lawsuits out of court as quickly and as quietly as possible, so as not to discourage other potential users of Mirena. When their legal costs begin to mount, their sales begin to drop, and their profit margins disappear, it will be time for their end game: this will involve taking the contraceptive off the market, at least in the U.S., and reaching a once-and-for-all settlement with the entire class of affected users.

I do not think Bayer is at all daunted by this prospect.

In fact, I believe that Bayer, like all contraceptive manufacturers, is already working on a successor contraceptive that will, in a couple of years, be released with great fanfare. This new “magic pill” will be heavily marketed directly to consumers. It will be sold by the millions. It will earn hundreds of millions for the company. It will not really be “new,” however. Rather, it will closely resemble an existing contraceptive drug or device, but it will have a new name, a slightly different chemical formula, and a slightly altered appearance to preserve the fiction that it is an entirely new product.

Like its predecessor, it will be foisted on a new generation of women until the side effects manifest themselves. At which point it, too, will be removed from the market in turn.

What a market plan."
In my last post I talked about a documentary called, "Food Matters." They discussed this exact phenomenon. It's not just with birth control -- it's bad drugs everywhere, being banned or being overcome by lawsuits, then returning with almost the same [and sometimes the exact same] product under a new name.

According to the Adverse Events Report on November 20th tracking FDA AERS reports through June 30, 2012, the agency has received more than 45,000 reports of complications among women using the Mirena IUD.

"Due to the number of claims expected, Bayer recently petitioned for cases to be consolidated to the New Jersey Superior Court in Middlesex County, where the company is headquartered." [SOURCE: http://news.yahoo.com/drugrisk-announces-bayer-attempt-combine-growing-mirena-lawsuits-080845386.html]

Oh, cool. Let's consolidate in one place close to them to make their lives easier. That might help them to stay in "business" a little longer.

Once they're run down by lawsuits, a manufacturer will probably just give it a new name.

"Therefore, having put away falsehood, let each one of you speak the truth with his neighbor, for we are members one of another." -- Ephesians 4:25