You Are What You Eat

I love fried food [mostly french fries]. I don't eat a lot of meat [only bacon and on occasion, chicken and burgers]. Imagine a five-year-old sitting at the dining room table saying, "Icky! I don't like veggies!" ... well, that's me [except I'm a grown adult]. 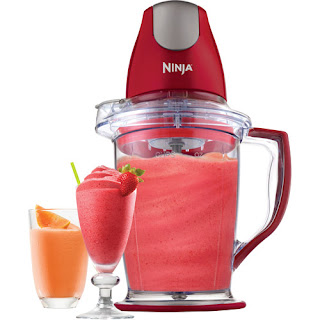 I know, it sounds bad. And it is. But I also eat important things like nuts and fruit. I work spinach into frozen fruit smoothies that I make using my Ninja. I could munch on craisins, cashews, pecans, pistachios, champagne grapes, almonds and blueberries ALLLLL day long and be happy as a clam.

I take a daily multi-vitamin. I take another Vitamin D + Calcium pill. I also take an iron supplement.

Last week, I watched a documentary called, "Food Matters." I was hesitant to watch it. I was worried that it would be one of those films that made me feel absolutely horrible about myself. But it wasn't.

It didn't point fingers and tell me everything that I was doing wrong. It was just plain informative. 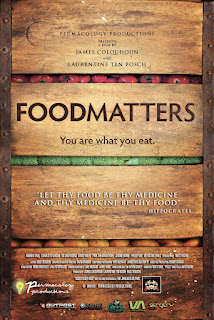 Actually, the title is a bit misleading because they spent a lot of time talking about how much of the world [and definitely the U.S.] lives in a culture driven by prescription drugs. There was some VERY interesting stuff about how drug companies pretty much own us. Drug companies and everyone they impact [Wallstreet, doctors, pretty much everyone] wants us to believe [or maybe they just don't know any better ... ok, that just was me trying to give them the benefit of the doubt] that we can't treat cancer with nutrition, that vitamins can be bad for us, and that we have to use drugs and surgery to treat most things.

The number of deaths related to prescription drugs and surgery are nothing short of astounding. In the film, they talked about clinical trials and detox -- things that have become important to me since my health quickly declined after the insertion [and removal] of Mirena IUD.

They did talk about 'Super Foods.' And maybe I'm behind on things, but I did not know that foods lose almost all of their nutrients when they are cooked.

With many foods mentioned in the film, I actually thought, "Hey - I can eat that." 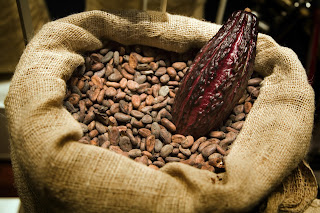 One major Super Food is Cacao. And no, you don't really get the benefits of it from a chocolate bar or hot cocoa, because once heated, the 'good stuff' goes bye-bye.

Check out this description of cacao:
Raw Cacao - For this nut we could easily dedicate a whole page, if not a book. A word of warning before we start however, most cocoa powder and commercial chocolate is processed via the "Dutch method" meaning it is subjected to scorching temperatures of up to 150°C with the additional aid of solvents, thus destroying most of the nutrients and antioxidants. Be sure to attain certified organic raw cacao in a powder, nib or whole bean form as the temperature will have never been allowed to exceed 40°C thus allowing all the heat-sensitive vitamins, minerals and antioxidants to remain intact. Raw cacao beans contain possibly the world's most concentrated source of antioxidants found in any food. They also extremely high in magnesium which has been found to be the most common deficient major mineral even following a balanced diet. For those concerned with not getting enough iron it should be pleasing to know that one small 28 gram serving of raw cacao beans gives 314% of the recommended daily allowance of iron. And if that is not enough raw cacao beans have an antioxidant (ORAC) score of 95,500. To put that into perspective, that is 14 times more flavonoids (antioxidants) than red wine and 21 times more than green tea.
[SOURCE: http://www.foodmatters.tv/Health_Resources/Super_Fruits_and_Nuts]

Sounds pretty amazing, right? So, naturally, I ordered a pound of cacao nibs from Natural Zing.

I've been wanting to post about this documentary since I watched it, but I'm just getting around to it. And over at Kate Krull's blog, she's asked us to share a favorite holiday recipe. So, I'm going to share a fun recipe using cacao nibs. My nibs haven't arrived yet, but seriously ... how can you go wrong with mint and chocolate flavors?

Especially when it's filled with antioxidants!


Chocolate Mint Freezy
Blend 3 Tablespoons (1 oz) cacao nibs with 1 1/2 cup water, 3 tablespoons agave nectar, 1/2 cup almonds or pecans, 2 sprigs fresh mint or 1/2 teaspoon peppermint extract for about one minute in a high powered blender. Now add 3 cups of ice and blend into a slurry. Share with three friends or just a very special friend.
I'm so excited to make it and then report back.

I'm on the verge of blabbing at this point in my post, but it's interesting enough to mention that in my last post [Don't Stop Livin'], which I published before viewing this film, I mentioned using some holistic approaches for the pain I've felt in my hands. My doctor actually asked me to 'keep it a secret' when he suggested those approaches. I found that a little ironic at the time, but now I understand that most doctors are actually expected to NOT suggest holistic or nutritional alternatives to prescription medicine or medical procedures. Even the sound of it can seem a bit kooky -- "holistic," "alternative medicine." Even I have been known to frown on those ideas, because they just sounded weird. But I would urge you to open your mind to those terms. I know I will. [As I am preparing my paraffin wax dip bath for my hands - Mhmm Hmmm].

I could go on and on about the documentary, "Food Matters," but I really think you should watch it for yourself. They were running a free viewing offer last week so it was making the rounds online -- that's how I heard about it from a friend. If you are subscribed to Netflix, it's available here.

Take a looksy and then, let me know what you thought of it.

"Every moving thing that lives shall be food for you. And as I gave you the green plants, I give you everything." -- Genesis 9:3