About two months ago, I had some sort of a heart episode —— sharp pain in my chest and left shoulder that knocked me to the ground and had me sweating. It came and went within 20 seconds or so, but it felt like minutes, at least.

I chalked it up to some type of anxiety attack [though I've never had one before] and I took a nap. I made a doctor's appointment and had an EKG done. The results of my EKG were normal, though the doctor didn't have anything to compare it to since I've never had an EKG before.

The pain I felt in my chest that day was very real, and very scary. And with my rapid decline in health about 3 years ago, I worried that clotting could still be an issue for me. After all, clotting stopped the blood from circulating to my bones, causing them to deteriorate in my hips and shoulder [but since the removal of the Mirena IUD, there had been no further signs of clotting].

To be safe, she referred me to a hematologist [blood doctor]. I explained the same story to him. I explained what I knew of my family medical history. I recalled that a woman I met through my blog mentioned her Factor V Leiden blood disorder, which she believed led to her Avasular Necrosis. I asked to be tested for that, and just about every other potential blood disorder ever known to man.

Weeks later, I learned that the only test that came back abnormal was my MTHFR. My doctor explained that I have mutated MTHFR genes [one from each parent], which I can't help but identify as mutated M*TH**F****Rs [though it actually stands for methylenetetrahydrofolate reductace. Mine is better, right?]. 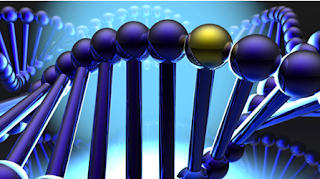 The hematologist went on to explain that studies have not made any consistent connections between mutated MTHRs and blood clotting. He wished they didn't even include it in the testing, he said, because it just confuses people. It had certainly managed to confuse me, but the easiest way I can explain it [from reading about it] is that it controls the processing of specific amino acids that build protein and other important compounds.

"Therefore, it remains unclear what role changes in the MTHFR gene play in determining the risk of these complex conditions." [SOURCE: http://ghr.nlm.nih.gov/gene/MTHFR]

At this point, I'm pretty sure I've had more than 100 blood tests. And yet, still no definitive causes. I'm still confident that my Mirena IUD triggered my health issues. I'm just not sure if it is the lone culprit. The wanna-be scientist in me wants to formulate the entire thing —— the exact process of how and why it happened.

According to the Human Genome Project, a human being has 20,000 to 25,000 genes located on 46 chromosomes (23 pairs). These genes are known, collectively, as the human genome. I won't pretend to know or to fully understand this complex system of hereditary codes.

All I do know about any of this is that my M*TH**F****Rs are mutated. And my doctor has no idea what that means for me [I do appreciate his honesty].

More than 20,000 new cases of Avascular Necrosis are diagnosed in the US alone each year. The number of individuals affected worldwide is unknown. Often, it goes undiagnosed or misdiagnosed. There are also few known causes of this disease.

That's a lot of unknowns. But that's also life. Each day, we all wake up to unknowns. There's no telling what the next minute, hour or week may hold.

That's why I choose to focus on what I do know —— God wants me [you] to fulfill my [your] potential in life.

"Now unto him that is able to do exceeding abundantly above all that we ask or think, according to the power that worketh in us ... " -- Ephesians 3:20
Posted by Denise