... Call someone who cares? Well, that's going to be a problem.

I found an interesting clinical trial about an oral LNG (levonorgestrel, the active ingredient in Mirena IUD), which seems to show that nearly 30% of the study participants (women, of course) experienced a decrease in Bone Mass Density. 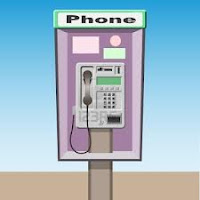 This trial was completed in October of 2011. Ironically, this is when my bones really started to deteriorate at a pretty rapid pace after having Mirena inserted in May of 2011.

If you look at the "measured values" within the trial, the number on the right within the LNG-EE column shows that the standard deviations (or difference/decrease in Bone Mass Density compared to women who were NOT using LNG-EE) was 26.9 percent and 25.3 percent. If anyone has a different idea of what these results (deviations) mean, please let me know.

For me, being a woman who was exposed to LNG and then experienced bone deterioration, those percentages seem pretty significant. And yes, I would definitely agree that it is a "safety issue." But how come it seems to just stop there?

Because I can't be completely sure about what this trial is stating (I have no medical training), I sent this trial to my orthopedic doctor through an online communications tool. I asked if he could provide some clarification about what I was reading, and I asked if he thought these percentages were "significant."

The following day, I received a response from his nurse that said something along these lines: "This study was conducted on a group of about 54 women, so the results will not be very significant. Please contact your GP or OBGYN for help."

So, I don't know if it was doctor's orders for her to respond, but I really don't care if it was only 54 women - especially if almost 30 percent of them were negatively affected. And wouldn't the doctor care to know since he deals with bone health on a daily basis?

I cannot tell you how discouraging doctors have been throughout this process. Don't get me wrong, I'm am grateful for all of their expertise and abilities, but again, why does it just stop there? I know they are busy, or maybe they are scared I'm trying to drag them into a legal battle (which I am not), but who do I turn to for help? How do we stop this from possibly affecting other women if no one will take the time to listen?

Here is another study that I sent to my doctor. I received no feedback from him.

While I find the entire write-up interesting, I particularly found these points to be important ones:

- High local concentrations of gestagen in the uterine cavity caused by an LNG-IUD (Mirena) have been confirmed in many studies. It is worth recalling that the uterus drains via the vena uterine into the vena cava inferior, and this can reduce a possible first-pass metabolism of levonorgestrel and provides the opportunity for SYSTEMIC effects.
... There goes that word again, SYSTEMIC, meaning the LNG affects the entire body and not just the cervix.

- Within the conclusion, it states: "Low doses of gestagen (steroid hormone) given to young women – even when released locally in utero – may result in long-term bone mineralisation deficits and impaired bone mineralisation if ovulatory cycles, and consequently oestradiol production, are lacking."

Another clinical study on Mirena caught my attention, because 23 out of the 254 who participated reported musculoskeletal and connective tissue disorders during the trial. I realize that this is just 9 percent of the participants, but how many women have to be affected for something to become "significant?" According to the published trial, women reported Arthritis reactive (an autoimmune condition that develops in response to an infection in another part of the body), Intervertebral disc protrusion, Rotator cuff syndrome and back pain. Though, the trial doesn't say that the LNG caused these events, it's interesting enough that they were reported while having LNG released daily into their body.

As for doctors, maybe next time I should try to insert two quarters and then see who is willing to pick up?

"Jesus replied, 'A man was going down from Jerusalem to Jericho, and he fell among robbers, who stripped him and beat him and departed, leaving him half dead. Now by chance a priest was going down that road, and when he saw him he passed by on the other side. So likewise a Levite, when he came to the place and saw him, passed by on the other side. But a Samaritan, as he journeyed, came to where he was, and when he saw him, he had compassion. He went to him and bound up his wounds, pouring on oil and wine. Then he set him on his own animal and brought him to an inn and took care of him.' ... " -- Luke 10:30-37