Today has been an extreme rollercoaster ride! I usually enjoy them, but this one had a few too many loops.

My husband was laid off from his job in early December. We remained optimistic that the right opportunity would come along for him. For two months, he has been taking care of our youngest two children at home (2 years and 10 months old). He's been taking care of me, too, since I've haven't been able to physically do much around the house. 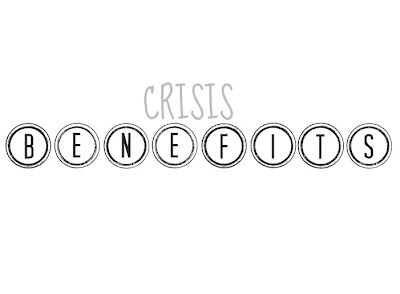 He had an interview this morning and he was offered a job. It's a great position for him that utilizes all of his talents. We couldn't have been happier. He was told he would start on Monday.

In the afternoon, I had a doctor's appointment to schedule surgery on my hips and to hear the results of an MRI on my shoulder. Low and behold, I not only have AVN in my hips, but also in my shoulder. If you didn't read my first post, AVN causes a blockage of blood to the bone and joints and causes the bone to deteriorate. I am now dealing with that in both of my hips and my right shoulder. It is probably in my left shoulder as well, but yet another MRI will need to confirm that.

When the doctor walked into the room, he wasted no time. No "hello." No "how are you?" Just "It's AVN in your shoulder, too." It was what I needed to know. But certainly not what I wanted to hear.

It's been difficult to be so physically limited. I can't run or pick up my children. I can't lift them out of their cribs. My oldest son does not like the amount of pain he sees that I am. I try to hide it, and I actually think I do a pretty good job at that, but I certainly have my moments of weakness -- especially in the morning when it's time to head out the door and go to work.

Life certainly does not pause for a moment, not for any circumstances. It goes on and that means, I have to go on, too.

The doctor advised me to do one at a time for surgery. That way, I can still put some pressure on my other leg to transition in and out of the chair. If I did both, I'd probably just be on bed rest for recovery.

Though bed and rest sound wonderful, bed rest for 6 weeks sounds like a nightmare.

Tomorrow I will go in for all sorts of blood tests and bone scans. I am also being referred to UVA for further research. I hope that will determine the cause of all of this.

My gut (heart, shoulders and hips) tells me that it was my birth control. My doctor agrees that is a possibility. I don't know anything for sure yet, except that I need to be fixed.

My husband getting that job was a blessing. And I've learned to count my blessings as they come.

I've also learned that some of the greatest blessings can be wrapped up in "bad news" wrapping paper. One day, I'll be able to open up that gift.