What Were the Odds?

Two blogs in two days. I'm really on a roll. I've talked a lot about my feelings and my experience, but today I learned some new things. I was also reminded of some important things. I wanted to document them before the hustle of tomorrow made them fade.

Early on in my AVN diagnosis, after I realized that none of the known causes made sense for me, I began to think about Mirena (my birth control) as a possible cause. When I told my doctor about the thought, he suggested I have it removed and I did. By that point, AVN had spread from my left hip to my right hip and then to my right shoulder. But after it's removal, the spreading seemed to just stop.

AVN was detected in my left shoulder, but it wasn't bad enough to operate on. And since removing Mirena, it hasn't worsened.

The pain in each hip came hard and fast. And in my shoulder it seemed to go from a slight ache to a broken shoulder within a couple of weeks. So, why didn't it spread that quickly in my left shoulder? I think it is because I took my Mirena out in the nick of time. I was able to save one limb. That one fully functioning limb, my left shoulder, has kept me sane on most days.

I realize that, with any birth control or medication, you are taking a chance that it will affect you. The frustrating part has been that other doctors (I've seen many) seem to disregard it when I mention this as a possible cause. And of course, there's always the feeling that the company could have done more to provide certain warnings.

I can't expect a doctor, with hundreds of patients, to focus solely on me. But I do expect a doctor to consider my knowledge of my own body and to at least give that knowledge a chance. I posted before that I met with a rheumatologist who I like. But even when I mentioned this to him I received a "it's unlikely" response with no further discussion.

He did say, however, that it could have been a mixture of my birth control with "some type of autoimmune issue" going on with my body. Blood tests have revealed nothing, except that there is an "autoimmune issue." Well, this could mean just about anything from nothing to something. But after more than 20 tubes of blood taken ... nothing.

Then today, I find a blog titled, "My Life After Mirena." It's about a woman's recovery after Mirena, but it's also a place where women have gone to converse and talk about the effects that it has had on them.

In one of her posts, http://mylifeaftermirena.blogspot.com/2011/12/very-important-video-to-watch.html, I found this video:

Upon further research, I've discovered that many women's bodies, while using Mirena, mimic symptoms of Lupus, which is a cause of Avascular Necrosis. The doctor's seem to have ruled out Lupus as a possibility for me since I have none of the known symptoms and three healthy children, which is unlikely with Lupus.

BUT if I didn't get Lupus naturally, and my body was just mimicking it while I was using Mirena, isn't it possible that it would have the same effect on my body? Seems highly possible to me. And after contacting the doctor speaking in the video, he seems to agree. I'm going to share this information with my own doctors and hope that they will take it seriously.

I'm also going to ask to be tested for silicone since many women with it in their bodies have stated that as the core of many of their own problems after using Mirena. It's a start.

On a positive note, I decided to go back and read my own blog from start to now. It really is amazing how far I've come. I used to lift my right arm onto my keyboard to type by way of my left arm, because it couldn't lift on its own. I couldn't hold up a drink in my hand. Looking back, I'm not sure how I made it onto my feet some days.

I started physical therapy today. It seems like my biggest issue will be getting back the range of motion I once had. It's almost certain I'll never be as flexible as I once was, but my strength is starting to show and the physical therapist is optimistic about an almost-full recovery. Of course, I didn't tell him that "almost-full" is probably not good enough for me. Though, any improvement is a blessing.

I intend to receive my doctorate the hard way for as long as it takes me to find peace of mind. 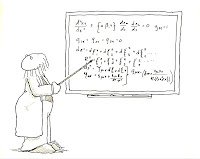 Today was a good day.

At work, I was interviewing a man for an article. After his faith called him to donate his kidney to a former co-worker, he did. What he didn't know, was that there was a 1 in 100,000 chance of him, as an unrelated donor, becoming a match. But he was a perfect match, meaning he met six highly unlikely criteria to become his donor.

After searching the world wide web for about 30 minutes, I found that 1 in 100,000 statistic on a UC Davis website and sent it to him. It was a question, that up until today, he had never asked himself: "What were the odds?" Turns out his oldest son received his Master's from UC Davis, a college in California, which provided the answer to that very question.

Again, what were the odds?

Coincidence? I think not. I think God sometimes speaks subtly, and other times he speaks clearly. God spoke clearly to him to give up his own kidney for a friend. I'm sure after today, he can be even more sure of that even though he never seemed to have any doubt.

Today, God also spoke clearly to me. He told me that He was there. And that is all I need.

I've never been much of a believer in coincidence or luck. And I love days that remind me why.